Starting in April 2002, a panel of library staff members (primarily from the Anderson, Bethany, Gere and Eiseley branches) have appeared somewhat regularly on Cathy Blythe’s Problems and Solutions program on radio station KFOR 1240 AM in a segment called “Book Chat,” sharing information about books and upcoming library programs.

Here is a list of the books discussed in the most recent show: April 18, 2016 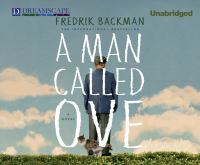 Meet Ove. He’s a curmudgeon – the kind of man who points at people he dislikes as if they were burglars caught outside his bedroom window. He has staunch principles, strict routines, and a short fuse. People call him “the bitter neighbor from hell.” But behind the cranky exterior there is a story and a sadness. So when one November morning a chatty young couple with two chatty young daughters move in next door and accidentally flatten Ove’s mailbox, it is the lead-in to a comical and heartwarming tale of unkempt cats, unexpected friendship, and the ancient art of backing up a U-Haul. All of which will change one cranky old man and a local residents’ association to their very foundations.

The Ex
by Alafair Burke [Burke]

In this breakout standalone novel of suspense in the vein of Gone Girl and The Girl on a Train, a woman agrees to help an old boyfriend who has been framed for murder–but begins to suspect that she is the one being manipulated.

Twenty years ago she ruined his life. Now she has the chance to save it.

Widower Jack Harris has resisted the dating scene ever since the shooting of his wife Molly by a fifteen-year-old boy three years ago. An early morning run along the Hudson River changes that when he spots a woman in last night’s party dress, barefoot, enjoying a champagne picnic alone, reading his favorite novel. Everything about her reminds him of what he used to have with Molly. Eager to help Jack find love again, his best friend posts a message on a popular website after he mentions the encounter. Days later, that same beautiful stranger responds and invites Jack to meet her in person at the waterfront. That’s when Jack’s world falls apart.

Olivia Randall is one of New York City’s best criminal defense lawyers. When she hears that her former fiancé, Jack Harris, has been arrested for a triple homicide–and that one of the victims was connected to his wife’s murder–there is no doubt in her mind as to his innocence. The only question is who would go to such great lengths to frame him–and why?

For Olivia, representing Jack is a way to make up for past regrets, to absolve herself of guilt from a tragic decision, a secret she has held for twenty years. But as the evidence against him mounts, she is forced to confront her doubts. The man she knew could not have done this. But what if she never really knew him?

Once a Crooked Man
by David McCallum [McCallum]

A deliciously quirky crime novel from David McCallum, the beloved actor known for his portrayal of Illya Kuryakin on The Man From U.N.C.L.E. and Dr. Donald “Ducky” Mallard on NCIS.

Sal, Max and Enzo Bruschetti have proved this over a lifetime of nefarious activity that they have kept hidden from law enforcement. Nowhere in any file, on any computer is there a record of anything illegal from which they have profited. But Max has a problem. His body is getting old and his doctor has told him to take it easy. Max has decided that the time has come for the family to retire.

But when young actor Harry Murphy overhears the Bruschetti brothers planning changes to their organization, including the murder of a man in London who knows too much, the Bruschetti’s plans begin to unravel.

After Harry makes the well-intentioned if egregious mistake of trying to warn the Bruchetti’s intended victim he finds himself alone in a foreign country, on the wrong side of the law, with a suitcase full of cash and a dangerous man on his trail. And while his good looks, charm and cheerful persistence may prove assets in the turbulent events that follow, none of Harry’s past roles have prepared him for what happens next.

At turns tense and funny, Once a Crooked Man is infused with the infectious charm that has made David McCallum one of television’s longest running, most-beloved stars.

Love is a choice you make every day. Content in her comfortable marriage of twenty-two years, Jane Lindsay had never expected to watch her husband,nbsp; rad, pack his belongings and walk out the door of their Manhattan home. But when it happens, she feels powerless to stop him and the course of events that follow Brad’s departure. Jane finds an old ring in a box of relics from a British jumble sale and discovers a Latin inscription in the band along with just one recognizable word: Jane. Feeling an instant connection to the mysterious ring bearing her namesake, Jane begins a journey to learn more about the ring–and perhaps about herself.

In the sixteenth-century, Lucy Day becomes the dressmaker to Lady Jane Grey,nbsp;an innocent young woman whose fate seems to be controlled by a dangerous political and religious climate, one threatening to deny her true love and pursuit of her own interests. As the stories of both Janes dovetail through the journey of one ring, it becomes clear that each woman has far more infl uence over her life than she once imagined. It all comes down to the choices each makes despite the realities they face. 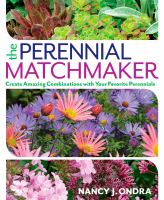 Want foolproof ideas for pairing favorite perennials with an array of harmonious plant partners but don’t know where to start? Plantswoman Nancy J. Ondra helps you to jump-start your perennial garden with her one-plant-at-a-time approach for choosing plant partners. Having spent more than 30 years growing and experimenting with perennials and plant combinations, Ondra shares her extensive experience in this in-depth guide to eye-catching color combinations, dramatic textural displays, and stunning seasonal effects. The Perennial Matchmaker features 80 individual perennial profiles, close to 400 exquisite photographs of plant partnerships, and Ondra’s insight into the wide array of plants that make great combinations, including annuals, bulbs, grasses, shrubs, and other perennials. Each plant profile gives dozens of ideas and suggestions for pairings, including region-specific choices, Ondra’s top-choice perfect match, and an at-a-glance summary of the best color partners.

Stoned: Jewelry, Obsession and How Desire Shapes the World
by Aja Raden [739.27 Rad]

As entertaining as it is incisive, Stoned is a raucous journey through the history of human desire for what is rare, and therefore precious.

What makes a stone a jewel? What makes a jewel priceless? And why do we covet beautiful things? In this brilliant account of how eight jewels shaped the course of history, jeweler and scientist Aja Raden tells an original and often startling story about our unshakeable addiction to beauty and the darker side of human desire.

What moves the world is what moves each of us: desire. Jewelry–which has long served as a stand-in for wealth and power, glamor and success–has birthed cultural movements, launched political dynasties, and started wars. Masterfully weaving together pop science and history, Stoned breaks history into three categories–Want, Take, and Have–and explains what the diamond on your finger has to do with the GI Bill, why green-tinted jewelry has been exalted by so many cultures, why the glass beads that bought Manhattan for the Dutch were initially considered a fair trade, and how the French Revolution started over a coveted necklace.

Studded with lively personalities and fascinating details, Stoned tells the remarkable story of our abiding desire for the rare and extraordinary.

Kitchens of the Great Midwest
by J. Ryan Stradal [Stradal]

When Lars Thorvald’s wife, Cynthia, falls in love with wine — and a dashing sommelier — he’s left to raise their baby, Eva, on his own. He’s determined to pass on his love of food to his daughter–starting with puréed pork shoulder. As Eva grows, she finds her solace and salvation in the flavors of her native Minnesota. From Scandinavian lutefisk to hydroponic chocolate habaneros, each ingredient represents one part of Eva’s journey as she becomes the star chef behind a legendary and secretive pop-up supper club, culminating in an opulent and emotional feast that’s a testament to her spirit and resilience. Each chapter in J. Ryan Stradal’s startlingly original debut tells the story of a single dish and character, at once capturing the zeitgeist of the Midwest, the rise of foodie culture, and delving into the ways food creates community and a sense of identity. 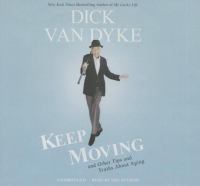 Show-business legend Dick Van Dyke is living proof that life does get better the longer you live it. Who better to offer instruction, advice, and humor than someone who’s entering his ninth decade with a jaunty two-step? Van Dyke isn’t just a born song-and-dance man; his irrepressible belief in embracing the moment and unleashing his inner child has proved to be the ultimate elixir of youth. When he was injured during the filming of Chitty Chitty Bang Bang, his doctor warned him he’d be using a walker within seven years, but Dick performed a soft shoe right there and never looked back. In Keep Moving, Dick Van Dyke offers his own playful anecdotes and advice, as well as insights from his brother, actor Jerry Van Dyke; his friend and creator of The Dick Van Dyke Show, Carl Reiner; and other spirited friends and family. Whether he’s describing the pleasure he takes in his habitual visits to the grocery store; how he met his late-in-life-love Arlene; or how he sprung back, livelier than ever, from a near-death experience, Dick’s optimistic outlook is an invigorating tonic for anyone who needs a reminder that life should be lived with enthusiasm despite what the calendar says. “You don’t have to act your age. You don’t even have to feel it. And if it does attempt to elbow its way into your life, you do not have to pay attention. If I am out shopping and hear music playing in a store, I start to dance. If I want to sing, I sing. I read books and get excited about new ideas. I enjoy myself. I don’t think about the way I am supposed to act at my age — or at any age. As far as I know, there is no manual for old age. There is no test you have to pass. There is no way you have to behave. There is no such thing as “age appropriate.” When people ask my secret to staying youthful at an age when getting up and down from your chair on your own is considered an accomplishment, you know what I tell them? Keep moving.”

The Other Daughter
by Lauren Willig [Willig]

Raised in a poor yet genteel household, Rachel Woodley is working in France as a governess when she receives news that her mother has died, suddenly. Grief-stricken, she returns to the small town in England where she was raised to clear out the cottage…and finds a cutting from a London society magazine, with a photograph of her supposedly deceased father dated all of three month before. He’s an earl, respected and influential, and he is standing with another daughter-his legitimate daughter. Which makes Rachel…not legitimate. Everything she thought she knew about herself and her past-even her very name-is a lie.

Still reeling from the death of her mother, and furious at this betrayal, Rachel sets herself up in London under a new identity. There she insinuates herself into the party-going crowd of Bright Young Things, with a steely determination to unveil her father’s perfidy and bring his-and her half-sister’s-charmed world crashing down. Very soon, however, Rachel faces two unexpected snags: she finds she genuinely likes her half-sister, Olivia, whose situation isn’t as simple it appears; and she might just be falling for her sister’s fiance…