Here is a list of the books discussed in the most recent show: March 2, 2016

Chris Bailey has been fascinated with the subject of productivity since he was a teenager. While pursuing his business degree in college, he researched every paper and read every book available on the topic. After graduation, he embarked on a year long productivity project, interviewing many of the world’s foremost gurus in the field, from Charles Duhigg to David Allen, while conducting a series of productivity experiements on himself, from getting by on little sleep, to waking up at 5:30 every morning for a month, from avoiding caffeine and sugar to working 90 hours a week, and monitoring the impact of each experiment on his productivity. He created a blog at the beginning of the project, with exactly zero followers. But as people heard about his project, and read his blog, his traffic grew exponentially, so that by the end of the year he had over 250,000 unique visitors a month. This book and the lessons and insights Chris discovered is the result of that year long journey. Among the many counterintuitive insights Chris writes about in the book are removing or shrinking the unimportant; the rule of three; striving for imperfection; scheduling less time for important tasks; the 20 second rule to distract yourself from distractions, and the concept of productive procrastination. He offers over 30 best practices that will help every one of us to accomplish more.

My Southern Journey: True Stories From the Heart of the South
by Rick Bragg [917.5 Bra]

From the celebrated bestselling author of All Over but the Shoutin’ and winner of the Pulitzer Prize, Rick Bragg, comes a poignant and wryly funny collection of essays on life in the south.

Keenly observed and written with his insightful and deadpan sense of humor, [Rick Bragg] explores enduring Southern truths about home, place, spirit, table, and the regions’ varied geographies, including his native Alabama, Cajun country, and the Gulf Coast. Everything is explored, from regional obsessions from college football and fishing, to mayonnaise and spoon bread, to the simple beauty of a fish on the hook. Collected from over a decade of his writing, with many never-before-published essays written specifically for this edition… 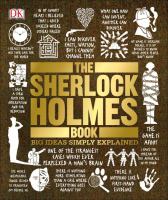 From online entertainment pioneer, actress, and “queen of the geeks” Felicia Day, You’;re Never Weird on the Internet (Almost) is a “relentlessly funny and surprisingly inspirational” (Forbes.com), memoir about her unusual upbringing, her rise to internet stardom, and embracing her weirdness to find her place in the world.

When Felicia Day was a girl, all she wanted was to connect with other kids (desperately). Growing up in the Deep South, where she was “home-schooled for hippie reasons,” she looked online to find her tribe. The internet was in its infancy and she became an early adopter at every stage of its growth–finding joy and unlikely friendships in the emerging digital world. Her relative isolation meant that she could pursue passions like gaming, calculus, and 1930’s detective novels without shame. Because she had no idea how “uncool” she really was.

But if it hadn’t been for her strange background- the awkwardness continued when she started college at sixteen, with Mom driving her to campus every day-she might never have had the naive confidence to forge her own path. Like when she graduated as valedictorian with a math degree and then headed to Hollywood to pursue a career in acting despite having zero contacts. Or when she tired of being typecast as the crazy cat-lady secretary and decided to create her own web series before people in show business understood that online video could be more than just cats chasing laser pointers.

Felicia’s rags-to-riches rise to internet fame launched her career as one of the most influen­tial creators in new media. Ever candid, she opens up about the rough patches along the way, recounting battles with writer’s block, a full-blown gaming addiction, severe anxiety and depression-and how she reinvented herself when overachieving became overwhelming.

Showcasing Felicia’s “engaging and often hilarious voice” ( USA TODAY ), You’re Never Weird on the Internet (Almost) is proof that everyone should celebrate what makes them different and be brave enough to share it with the world, because anything is possible now-even for a digital misfit.

I, Ripper
by Stephen Hunter [Hunter]

The electrifying new thriller from New York Times bestseller Stephen Hunter takes you deep inside the mind of the most notorious serial killer of all time: Jack the Ripper.

In the fall of 1888, Jack the Ripper slaughtered five prostitutes in London’s seamy Whitechapel District. He did not just kill–he ripped with a butcher’s glee–and then, after the particularly gruesome slaying of Mary Jane Kelly, he disappeared. For 127 years, Jack has haunted the dark corners of our imagination, the paradigm of the psychotic killer. We remember him not only for his crimes, but because, despite one of the biggest dragnets in London history, he was never caught.

I, Ripper is a vivid reimagining of Jack’s personal story entwined with that of an Irish journalist who covered the case, knew the principals, charted the investigation, and at last, stymied, went off in a bold new direction. These two men stalk each other through a city twisted in fear of the madman’s blade, a cat-and-mouse game that brings to life the sounds and smells of the fleshpot tenderloin of Whitechapel and all the lurid acts that fueled the Ripper headlines.

Dripping with intrigue, atmosphere, and diabolical twists, this is a magnificent psychological thriller from perennial New York Times bestseller Stephen Hunter, who the San Francisco Examiner calls “one of the best storytellers of his generation.” 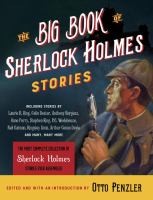 Arguably no other character in history has been so enduringly popular as Sherlock Holmes. Ever since his first appearance, in Arthur Conan Doyle’s 1887 novella A Study in Scarlet , readers have loved reading about him almost as much as writers have loved writing about him.

No matter if your favorite Holmes is Basil Rathbone, Jeremy Brett, Robert Downey, Jr., or Benedict Cumberbatch, whether you are a lifelong fan or only recently acquainted with the Great Detective, readers of all ages are sure to enjoy The Big Book of Sherlock Holmes Stories.

Including Over a century’s worth of cases, from Conan Doyle’s 1890s parodies of his own creation to Neil Gaiman’s “The Case of Death and Honey” (2011) Appearances by those other great detectives Hercule Poirot and C. Auguste Dupin 15 Edgar Award-winning authors and 5 Mystery Writers of America Grand Masters Stories by Laurie R. King, Colin Dexter, Anthony Burgess, Anne Perry, Stephen King, P.G. Wodehouse, Kingsley Amis, and many, many more.

Leonard: My Fifty-Year Friendship With a Remarkable Man
by William Shatner [Biography Nimoy]

Leonard Nimoy and William Shatner first crossed paths as actors on the set of The Man from U.N.C.L.E. Little did they know that their next roles, in a new science fiction television series, would shape their lives in ways no one could have anticipated. In seventy-nine television episodes and six feature films, they grew to know each other more than most friends could ever imagine.

Over the course of half a century, Shatner and Nimoy saw each other through personal and professional highs and lows. In this powerfully emotional book, Shatner tells the story of a man who was his friend for five decades, recounting anecdotes and untold stories of their lives on and off set, as well as gathering stories from others who knew Nimoy well, to present a full picture of a rich life.

As much a biography of Nimoy as a story of their friendship, Leonard is a uniquely heartfelt book written by one legendary actor in celebration of another.

Ringo: With a Little Help
by Michael Starr [Biography Starr]

Ringo: With a Little Help is the first in-depth biography of Beatles drummer Ringo Starr, who kept the beat for an entire generation and who remains a rock icon over fifty years since the Beatles took the world by storm. With a Little Help traces the entire arc of Ringo’s remarkable life and career, from his sickly childhood to his life as The World’s Most Famous drummer to his triumphs, addictions, and emotional battles following the breakup of the Beatles as he comes to terms with his legacy. Born in 1940 as Richard Starkey in the Dingle, one of Liverpool’s most gritty, rough-and-tumble neighborhoods, he rose from a hardscrabble childhood marked by serious illnesses, long hospital stays, and little schooling to emerge, against all odds, as a locally renowned drummer. Taking the stage name Ringo Starr, his big break with the Beatles rocketed him to the pinnacle of worldwide acclaim in a remarkably short time. He was the last member of the Beatles to join the group but also the most vulnerable, and his post-Beatles career was marked by chart-topping successes, a jet-setting life of excess and alcohol abuse, and, ultimately, his rebirth as one of rock’s revered elder statesman.