Here is a list of the books discussed in the most recent show: September 1, 2016 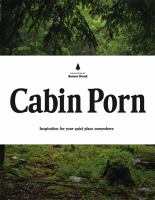 When her Aunt Peg lands a gig as judge at a Kentucky dog show, Melanie Travis welcomes the opportunity for a road trip. Too bad a killer has planned a deadly detour. Within three days of her arrival, Ellie Gates has been found dead. Though the police and the family believe the death to be an accident, Aunt Peg is sure they are wrong. Melanie discovers that Miss Ellie was a woman of many secrets. And she must quickly determine which one was fatal before Melanie herself becomes the next target. Celebrate 50 years of one of the longest running and beloved sci-fi franchises with The Star Trek Book. This comprehensive guide to the series delves into the myriad worlds and different dimensions visited by the crew of the U.S.S. Enterprise.

Discover the amazing science of Star Trek and how it has influenced real-world technology such as flip phones. Featuring informative and analytical text combined with exciting photography and infographics throughout, The Star Trek Book is broken down into main categories such as science and technology, Starfleet, allies and enemies, and more.

Perfect for fans of the various Star Trek TV series, including The Next Generation, Deep Space Nine, Voyager, and Enterprise, The Star Trek Book details everything you need to know about 50 years of excitement and adventure on the final frontier.

This is the unauthorized, uncensored and unbelievable true story behind the making of a pop culture phenomenon. The original Star Trek series debuted in 1966 and has spawned five TV series spin-offs and a dozen feature films, with an upcoming one from Paramount arriving in 2016. The Fifty-Year Mission is a no-holds-barred oral history of five decades of Star Trek, told by the people who were there. Hear from the hundreds of television and film executives, programmers, writers, creators and cast as they unveil the oftentimes shocking story of Star Trek‘s ongoing fifty-year mission -a mission that has spanned from the classic series to the animated show, the many attempts at a relaunch through the beloved feature films.

Make no mistake, this isn’t just a book for Star Trek fans. Here is a volume for all fans of pop culture and anyone interested in the nuts and bolts of a television touchstone.

To the Bright Edge of the World
by Eowyn Ivey [Ivey]

An atmospheric, transporting tale of adventure, love, and survival from the bestselling author of The Snow Child , finalist for the Pulitzer Prize .

In the winter of 1885, decorated war hero Colonel Allen Forrester leads a small band of men on an expedition that has been deemed impossible: to venture up the Wolverine River and pierce the vast, untamed Alaska Territory. Leaving behind Sophie, his newly pregnant wife, Colonel Forrester records his extraordinary experiences in hopes that his journal will reach her if he doesn’t return–once he passes beyond the edge of the known world, there’s no telling what awaits him.

The Wolverine River Valley is not only breathtaking and forbidding but also terrifying in ways that the colonel and his men never could have imagined. As they map the territory and gather information on the native tribes, whose understanding of the natural world is unlike anything they have ever encountered, Forrester and his men discover the blurred lines between human and wild animal, the living and the dead. And while the men knew they would face starvation and danger, they cannot escape the sense that some greater, mysterious force threatens their lives.

Meanwhile, on her own at Vancouver Barracks, Sophie chafes under the social restrictions and yearns to travel alongside her husband. She does not know that the winter will require as much of her as it does her husband, that both her courage and faith will be tested to the breaking point. Can her exploration of nature through the new art of photography help her to rediscover her sense of beauty and wonder?

The truths that Allen and Sophie discover over the course of that fateful year change both of their lives–and the lives of those who hear their stories long after they’re gone–forever.

Called a “career-crowning triumph” and named one of the the top 50 mysteries and thrillers of the last 5 years by the London Sunday Times , Sara Paretsky is back with Critical Mass the latest entry in the VI Warshawski series,

“Vic is at her stubborn, reckless, compassionate best in this complicated page-turner about selfish secrets passed down through generations. Paretsky has been on a roll lately, her long-running, trailblazing series at its most dynamic since the early days.” — Booklist on Critical Mass

V.I. Warshawski’s closest friend in Chicago is the Viennese-born doctor Lotty Herschel, who lost most of her family in the Holocaust. Lotty escaped to London in 1939 on the Kindertransport with a childhood playmate, Kitty Saginor Binder. When Kitty’s daughter finds her life is in danger, she calls Lotty, who, in turn, summons V.I. to help. The daughter’s troubles turn out to be just the tip of an iceberg of lies, secrets, and silence, whose origins go back to the mad competition among America, Germany, Japan and England to develop the first atomic bomb. The secrets are old, but the people who continue to guard them today will not let go of them without a fight.

The Rules of Love and Grammar
by Mary Simses [Simses]

A woman finds love and closure, and rediscovers herself, when she returns to her roots in the enchanting new novel from the author of The Irresistible Blueberry Bakeshop & Café. Newly jobless, newly single, and suddenly apartmentless, writer Grace Hammond has come unmoored. A grammar whiz who’s brilliant at correcting other people’s errors, she hasn’t yet found quite the right set of rules for fixing her own mistakes.Desperate to escape the city and her trifecta of problems, Grace hits pause and retreats to her Connecticut hometown. What begins as a short visit with her parents quickly becomes a far more meaningful stay, though, as she discovers that the answers to what her future holds might be found by making peace with-and even embracing-the past.As Grace sets out to change her ways and come to terms, finally, with the tragedy that took her older sister’s life so many years ago, she rekindles a romance with her high school sweetheart, Peter, now a famous Hollywood director who’s filming a movie in town. Sparks also fly at the local bike shop, where Grace’s penchant for pointing out what’s wrong rattles the owner’s ruggedly handsome schoolteacher son, Mitch.Torn between the promise of a glamorous life and the allure of the familiar, Grace must decide what truly matters-and whether it’s time for her to throw away the rule book and bravely follow her heart.

From the New York Times best-selling author of The Drunken Botanist comes an enthralling novel based on the forgotten true story of one of the nation’s first female deputy sheriffs. Constance Kopp doesn’t quite fit the mold. She towers over most men, has no interest in marriage or domestic affairs, and has been isolated from the world since a family secret sent her and her sisters from city to country fifteen years ago. When a powerful, ruthless factory owner runs down their buggy, a dispute over damages turns into a war of bricks, bullets, and threats as he unleashes his gang on their family farm. The sheriff enlists her help, and it turns out Constance has a knack for outwitting (and disarming) the criminal element which might just take her back out into the world and onto a new path in life. Quick-witted and full of madcap escapades, Girl Waits with Gun is a story about one woman rallying the courage to stand up for and grow into herself–with a little help from sisters and sheriffs along the way. Through Amy Stewart’s exuberant storytelling, Constance Kopp catapults from forgotten historical anecdote to unforgettable historical fiction heroine– an outsized woman not only ahead of her time, but sometimes even ahead of ours.

Robert, an Oakland cop, still can’t let go of Suzy, the enigmatic Vietnamese wife who left him two years ago. Now she’s disappeared from her new husband, Sonny, a violent Vietnamese smuggler and gambler who’s blackmailing Robert into finding her for him. As he pursues her through the sleek and seamy gambling dens of Las Vegas, shadowed by Sonny’s sadistic son, ‘Junior,’ and assisted by unexpected and reluctant allies, Robert learns more about his ex-wife than he ever did during their marriage. He finds himself chasing the ghosts of her past, one that reaches back to a refugee camp in Malaysia after the fall of Saigon, as his investigation soon uncovers the existence of an elusive packet of her secret letters to someone she left behind long ago. Although Robert starts illuminating the dark corners of Suzy’s life, the legacy of her sins threatens to immolate them all.