Going to school and making new friends can be tough. But going to school and making new friends while wearing a bulky hearing aid strapped to your chest? That requires superpowers! In this funny, poignant graphic novel memoir, author/illustrator Cece Bell chronicles her hearing loss at a young age and her subsequent experiences with the Phonic Ear, a very powerful — and very awkward — hearing aid. The Phonic Ear gives Cece the ability to hear–sometimes things she shouldn’t–but also isolates her from her classmates. She really just wants to fit in and find a true friend, someone who appreciates her as she is. After some trouble, she is finally able to harness the power of the Phonic Ear and become “El Deafo, Listener for All.” And more importantly, declare a place for herself in the world and find the friend she’s longed for. A Newbery Honor Book, and a current nominee for the Golden Sower Award.

The Queen of the Night
by Alexander Chee [Chee]

Lilliet Berne is a sensation of the Paris Opera, a legendary soprano with every accolade except an original role, every singer’s chance at immortality. When one is finally offered to her, she realizes with alarm that the libretto is based on a hidden piece of her past. Only four could have betrayed her: one is dead, one loves her, one wants to own her. And one, she hopes, never thinks of her at all. As she mines her memories for clues, she recalls her life as an orphan who left the American frontier for Europe and was swept up into the glitzy, gritty world of Second Empire Paris. In order to survive, she transformed herself from hippodrome rider to courtesan, from empress’s maid to debut singer, all the while weaving a complicated web of romance, obligation, and political intrigue. Featuring a cast of characters drawn from history, ‘The Queen of the Night’ follows Lilliet as she moves ever closer to the truth behind the mysterious opera and the role that could secure her reputation — or destroy her with the secrets it reveals.

Fresh from a brief stay at a psych hospital, reporter Camille Preaker faces a troubling assignment: she must return to her tiny hometown to cover the murders of two preteen girls. For years, Camille has hardly spoken to her neurotic, hypochondriac mother or to the half-sister she barely knows: a beautiful thirteen-year-old with an eerie grip on the town. Now, installed in her old bedroom in her family’s Victorian mansion, Camille finds herself identifying with the young victims–a bit too strongly. Dogged by her own demons, she must unravel the psychological puzzle of her own past if she wants to get the story–and survive this homecoming.

In a town on the brink and on a road with no mercy, a boy with a gun waits for the man who killed his mother, a detective finally confronts her troubled past, a good cop walks free after serving thirteen years in prison and the unthinkable happens on the altar of an abandoned church.

Ivy and Rose Adams may be sisters, but they’re nothing alike. Rose, the eldest, is the responsible one, while Ivy is spirited and brazen. After the unexpected death of their father, the women are left to reconcile the estate, when they make a shocking discovery: not only has their father left them in financial ruin, but he has also bequeathed their beloved family house to a brother they never knew existed. With only a photograph to guide the way, Ivy and Rose embark to New York City, determined to find this mysterious man and reclaim what is rightfully theirs. 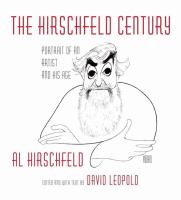 The Hirschfeld Century: Portrait of an Artist and His Age
by Al Hirschfeld with David Leopold [Biography Hirschfeld]

Al Hirschfeld redefined caricature and exemplified Broadway and Hollywood, enchanting generations with his mastery of line. His art appeared in every major publication during nine decades of the twentieth and twenty-first centuries, as well as on numerous book, record, and program covers; film posters and publicity art; and on fifteen U.S. postage stamps. Now, The Hirschfeld Century brings together for the first time the artist’s extraordinary eighty-two-year career, revealed in more than 360 of his iconic black-and-white and color drawings, illustrations, and photographs — his influences, his techniques, his evolution from his earliest works to his last drawings, and with a biographical text by David Leopold, Hirschfeld authority, who, as archivist to the artist, worked side by side with him and has spent more than twenty years documenting the artist’s extraordinary output. 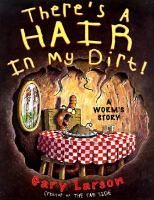 There’s a Hair in My Dirt: A Worm’s Story
by Gary Larson [Larson]

Once upon a time, in a place far away, lived a man named Gary Larson who used to draw cartoons. It was a cartoon that appeared for many years in daily newspapers and was loved by millions. (And was confusing to millions more.) But one day he stopped.

Gary went into hiding. He made a couple of short films. He played his guitar. He threw sticks for his dogs. They threw some back.

Yet Gary was restless. He couldnt sleep nights. Something haunted him. (Besides Gramps.) Something that would return him to his roots in biology, drawing and dementia — a tale called Theres a Hair in My Dirt A Worms Story.

It begins a few inches underground, when a young worm, during a typical family dinner, discovers theres a hair in his plate of dirt. He becomes rather upset, not just about his tainted meal but about his entire miserable, wormy life. This, in turn, spurs his father to tell him a story — a story to inspire the children of invertebrates everywhere… 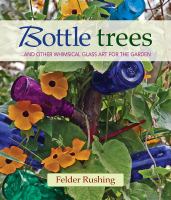 Originally meant to trap bad spirits, bottle trees arrived in the U.S. with the African slave trade and first took root in the South. Now it’s a popular art form, a national phenomenon that’s showing up at garden shows, craft fairs and farmers markets. Garden writer and photographer Felder Rushing has encountered thousands of bottle trees and other glass garden art in his travels across America and around the world. In BOTTLE TREES he presents 60 of his favorites, from the backyards of Mississippi to the Chelsea Flower Show to the glass fantasies of Dale Chihuly. With humor and affection he tells the stories behind the photographs: the history and lore of bottle trees and glass sculpture, and the inspired people who make them. 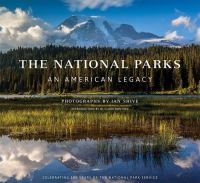 From the cascading waterfalls of Yosemite to the unique geothermal features of Yellowstone, the U.S. national parks are among the most breathtaking destinations in the world. Founded to preserve such natural beauty for posterity, the national parks represent one of America’s crowning achievements and international treasures.

The National Parks: An American Legacy tells the story of the parks through the photography of Ian Shive, today’s leading national park photographer, as well as through poignant essays by conservancy groups from across the country. Timed to coincide with the celebration of the 100-year anniversary of the National Park Service, this lavish volume reveals the grandeur and history of the parks and looks toward what the next 100 years will bring.

With more than 200 never-before-seen images of the national parks — including Yellowstone, Yosemite, and the Grand Canyon — as well as images from many of the 400-plus national park units, this striking collection is comprehensive and inspiring. The National Parks: An American Legacy reveals the way humankind interacts with the parks, and how the story of the national parks is also a tribute to the people who visit, explore, and tirelessly work to preserve these cherished American landscapes.

Illustrations by Ippy Patterson. From Baby Blue Eyes to Silver Bells, from Abelia to Zinnia, every flower tells a story. Gardening writer Diana Wells knows them all. Here she presents one hundred well-known garden favorites and the not-so-well-known stories behind their names. Not for gardeners only, this is a book for anyone interested not just in the blossoms, but in the roots, too.